People buy from people and there are few more powerful way to communicate and convince than to hear someone speaking directly about their experiences. Branding agency 39 Steps were quick to see the value in video testimonials to advocate for their services to potential clients. 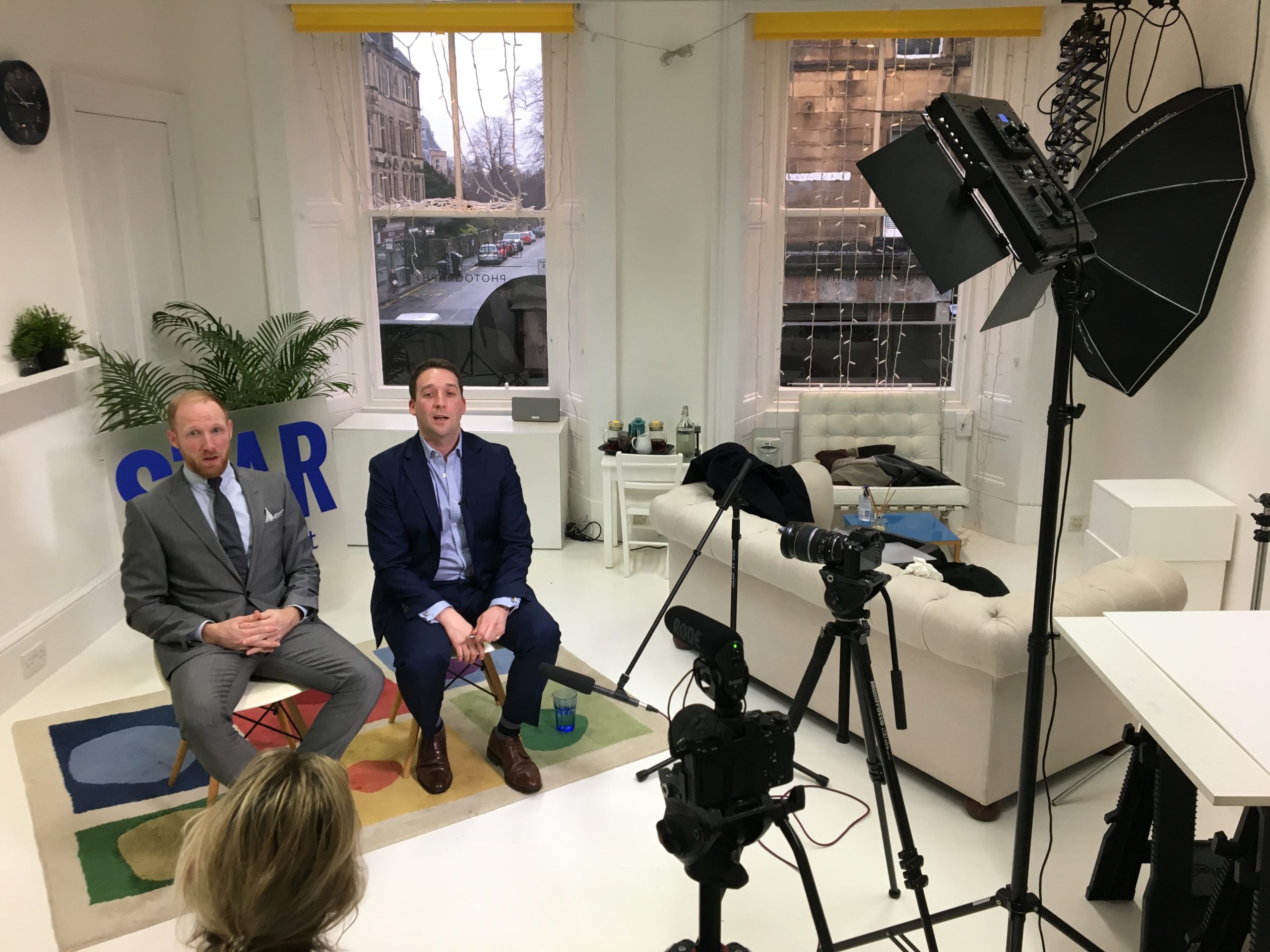 They contracted us to film some talking head interviews with their clients, first with Star Recruitment and then with Heriot Watt Student Union.

Lighting for two interviews in both case largely involved a large LED key light and a smaller fill light. Natural daylight from windows behind the interviewees provided a limited hair light function. In order to allow cuts in the dialogue in the absence of b-roll to overlay, we filmed in 4k and alternated between a wide of the two and cropped in tight head shots.

Setting up a nice testimonials interview piece with two interviewees is certainly harder to make look good than for one, but with a bit of work, you can still achieve a good result. Sometimes the dynamic between two people can set each other at ease, prompt more thoughts to be forthcoming and generally create more dynamic, authentic content. Other times, of course, they could speak over each other, vie for dominance, etc but we’ve never really experienced this latter scenario, touch wood.

Our role finished with sending the project file on to 39 Steps to add in the titles, for which we had put in placeholder slides, incorporating the branding they had developed.  If you’d like testimonials produced for your business to demonstrate value to clients, drop us a line.